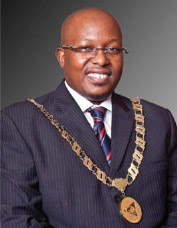 At the recent annual event held in July this year, SAIBPP, in a historic move launched a first ever annual list compiled and published in celebration of 100 top Black
property industry players – the SAIBPP 100.

These players are considered by the organisation to be the sector’s most influential leaders and prominent personalities. They have made their name playing a key and impactful role across the entire spectrum of the property sector, and had been nominated for the SAIBPP 100 because they define the standard for others to follow. With blue-chip resumés, they set the bar for excellence both within their realm of influence and within the broader industry.

Outside of the general criteria of principal activity and presence within the property sector, to be eligible for consideration in the SAIBPP 100 of 2022 the nominees had to align with the following benchmarks.

Even though influence is hard to measure, the SAIBPP 100 focuses on the most impactful individuals rather than the most popular or most powerful. Though some nominees may rarely be spoken about in public, if they have achieved pre-eminence or demonstrated real influence within the property sector, their nomination was considered deserved.

It is undeniable that appearing on the list is a highly-respected honour. As SAIBPP we recognize the harsh terrain that these black property professionals have had to traverse and the storms that they still weather even as we celebrate the SAIBPP 100 giants.

Mbatha Walters and Simpson has a multi-disciplinary team of approximately 50 permanent staff who have extensive experience in project cost control and project management in both building and civil engineering, as well as engineering experience in the process and mining industries. The company has its headquarters in Johannesburg, with offices in Durban and Cape Town.